Government will need to focus extensively on alternative mechanisms to increase tax revenue in the upcoming 2020-21 Budget. Among these measures could be increased cooperation between state organs in order to limit tax evasion and cross-border outflows, as well as a tax on the digital economy similar to that introduced in France in 2019.

This is the view of Delia Ndlovu, who is the managing director of Africa Tax and Legal at professional services firm Deloitte Africa.

She said that in the Medium-Term Budget Policy Statement of 30 October 2019, tax revenue projections were revised downwards over the medium-term, reflecting weak in-year collections and the lower tax-base outlook.

Tax collection likely to be R53bn lower than expected

“In the Medium-Term Budget Policy Statement, [Finance Minister Tito Mboweni] acknowledged that SARS expects to collect R1.37 trillion this year. This is R53 billion, or 4%, less than expected.

According to Ndlovu, SARS is enhancing its capacity to increase revenue collections by hiring more people, as well as embracing better digitisation. The R1 billion allocated to SARS in the Medium-Term Budget Policy Statement over the next few years would assist the revenue authority in implementing its revenue collection goals.

“In the Medium-Term Budget Policy Statement, the minister indicated that there will be further cooperation between SARS and the Financial Intelligence Centre at the South African Reserve Bank to assist in fighting illegitimate cross-border flows and tax evasion. It will be interesting to see what tax reforms the minister implements to achieve this objective,” she observed.

Possible tax to be levied on the global digital giants?

Ndlovu noted that there have been recent discussions globally around the taxation of the digital economy.

“Some countries are implementing a specific tax [on] the digital economy in order to increase tax revenue. For example, France implementing a 3% digital services tax. The budget may provide some clarity as to South Africa’s position on potentially introducing this type of tax,” she said.

In 2019, France introduced a 3% tax to be levied on sales generated within the country by multinational digital firms, such as Google and Facebook. It is expected to raise about €400 million (R6.5 billion) in additional tax revenue.

The French government argued that such firms headquartered outside the country pay little or no tax in the countries in which they operate.

Limited options for minister when it comes to general tax increases?

On the subject of general income taxes, Ndlovu noted that the conundrum facing the minister is whether or not to increase these taxes.

“South Africa’s corporate income tax rate is high compared to many other developed countries, for example the United States (at 21%) and the United Kingdom (at 19%).

“Further, increasing personal income tax will put a strain on consumers that are already feeling the pressure of a depressed economy. Increasing VAT could have some political backlash. Therefore, we believe that the minister’s options to increase tax are limited,” she said.

These South African provinces send the most money via eWallet

What you need to know about South Africa's new minimum wage 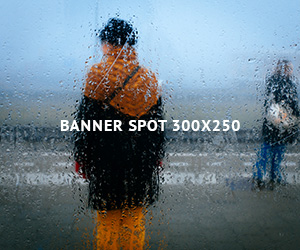